We have thoroughly enjoyed our time on the California coast, thanks to the hospitality of the yacht clubs and the generosity of our friends here.

As members of the Devonport Yacht Club in NZ, we have been welcomed by many of the yacht clubs to use their facilities. Everything from docks, showers, pools, saunas and tennis courts have been made available to us - a very civilized way to go cruising, I must say!

Since many of our cruising friends have now completed their circumnavigation and are ‘home based’ here, we have had wonderful tour guides all the way down the coast. Not to mention catching up on the intervening years of stories.

We have been surprised to bump into several old cruising friends who are still cruising, also on their way to Mexico.

So it’s been a fun trip so far. Even the weather has been great!
No comments:

A few photos of our California Coast Hop... 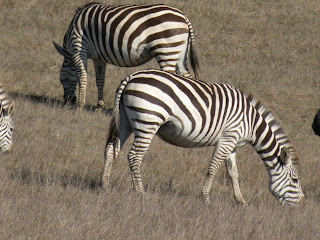 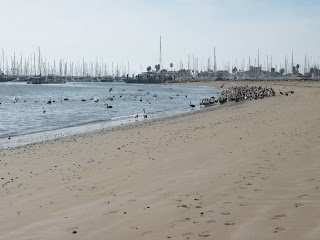 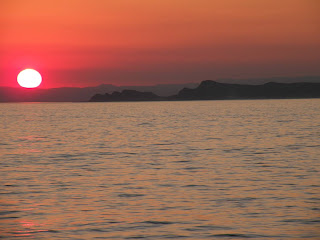 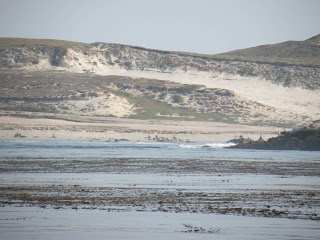 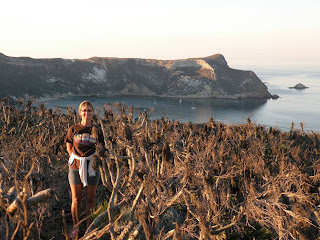 View of the anchorage at San Miquel. 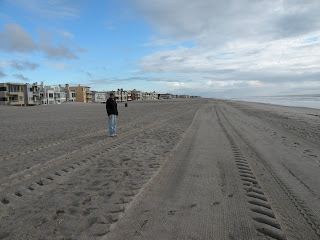 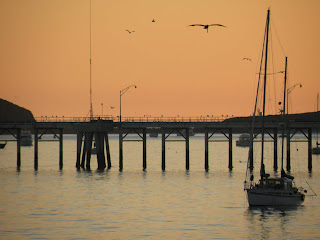 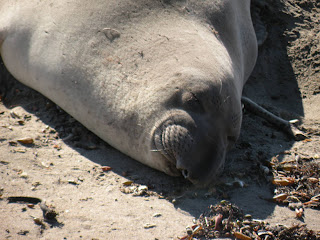 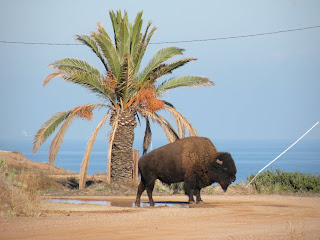 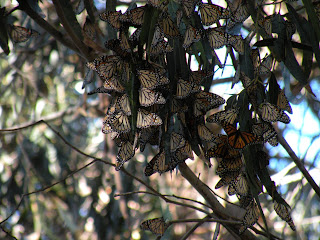 Monarch butterflies stop over at San Luis on their annual migration.
No comments:

Photos from our Alaskan summer... 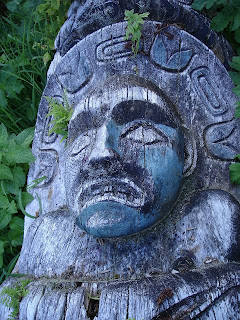 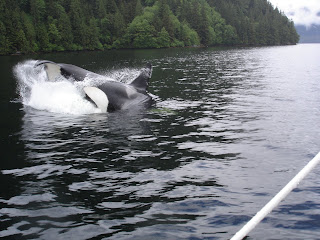 Orcas beside our boat 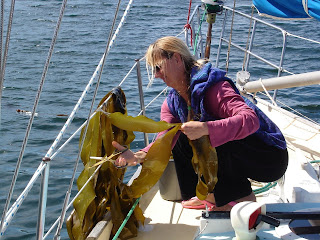 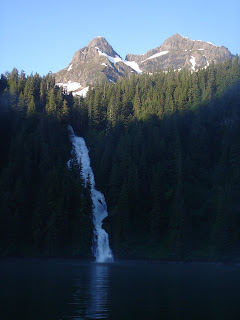 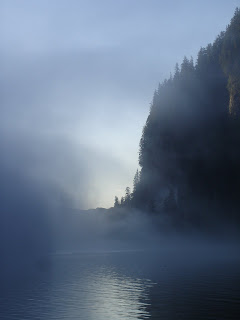 Morning Mist - Somewhere over there is the gap we have to pass through to leave the bay! 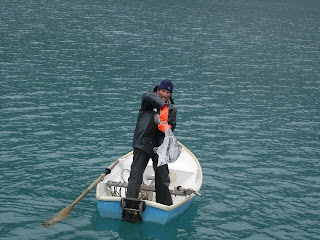 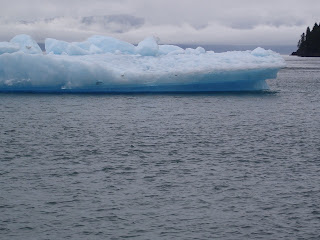 This motel - sized ice berg was in the middle of a very narrow channel. 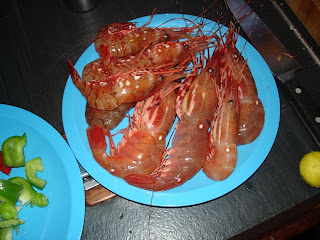 Our record shrimp was 9 inches long. 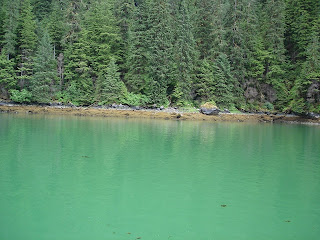 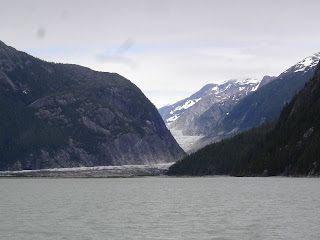 The Baird Glacier has receeded alarmingly. 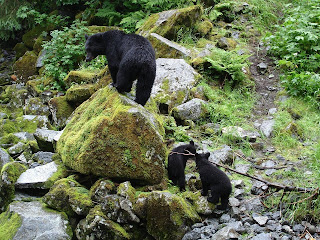 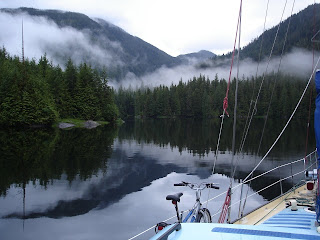 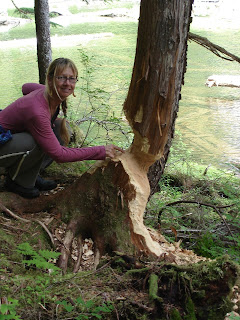 A Beaver at work here. 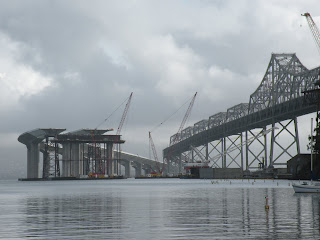 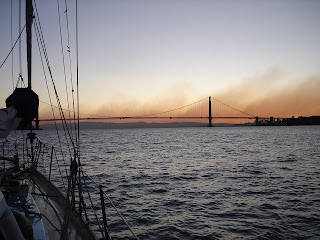 The whole fleet was there to see us off – as we left Uclulet, there were so many sea lions on the dock, it was almost sinking. In the channel, a huge salmon jumped out beside us – waggling his fins one last time – I am sure I could see his tongue sticking out, taunting us as if to say ‘nana, you can’t catch me!’ He, or one of his family, would do this, maddeningly, every time we put the line out in these northern waters. Out in deep water, the humpback whales came by to check on their suitcases, and a pod of Orcas came over for a look, too. Black footed albatross swooped at us from above, a school of porpoise swooped our bow from below. Puffins paddled around us, popping down at the last minute as we came close. The only one missing was Mr. Bear, - but we had seen him up the inlet a few days earlier, munching barnacles off a fallen tree – that very one we had contemplated picking up for a stern tie. He was oblivious to the rope coiled on the end for that purpose. I wonder what his reaction would have been with our boat tied to the end of it!
And so, savoring that taste of Barclay Sound magic, we set off into the remnants of the last ‘hurricane force’ low-pressure system, hoping to avoid the next one that would be marching across the Pacific in just a few days. All the way down to San Francisco, the weather forecasts warned of ‘hazardous seas’. And what a jumble of waves – some up to 20 feet – we had to pick our way through! There was no clear pattern or direction, as we would usually find in the open ocean. The winds were still strong – 35 knots – but from behind, so we had quite the sleigh ride down the coast.
We made landfall again 4 days later - on a perfectly clear morning, surfing down the waves at 9 knots (the GPS maxed out at 13.3!), with the sun rising over Navarro Head - a moment to savor. I had always wanted to surf in California! The only thing left to do was put our Dick Dale CD on at full volume and enjoy the ride.
It was another 24 hours before we saw San Francisco – with a big, orange, harvest moon setting behind us, slipping down Bonita channel in a light breeze. Beside us, the dark, barren cliffs were outlined against a velvety navy blue sky. The low hillside on the far shore was carpeted with a golden glitter of twinkling lights. Around the point, the Golden Gate Bridge came into view, silhouetted against the background of the rising sun - yet another magic moment. We sailed under the bridge as the pylons turned bright red in the early morning light, the excitement of the city awakening on the skyline and soaring pelicans to complete the picture.
Well, we are not exactly in San Francisco now, but up the Oakland Inner Harbor at a marina in Alameda. We had to come up this way to clear customs, and sort of ‘landed’ here in this friendly little spot, close to all the services and amenities that we could want to help us ‘de-winterize’ Blue Moon. The sun is still shining - we like it here.
After we regroup here for a few days, our plan is to make our way back out to ‘the Bay’ – probably anchor at Sausalito, which is, apparently, were all the cruisers go to. Perhaps we will find some of our friends here, although I would guess that we are so far behind that they will be half way to Mexico by now.
So we are on to the next part of the adventure…