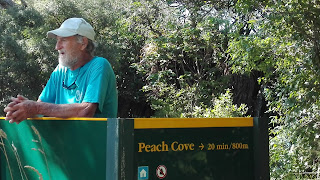 Rob’s last update was about 6 months ago, just after he had his annual CT scan, which showed fantastic reduction in the size of the tumors. His PSA had reduced from 320 to 7.6 in that year (see the previous posts below for the protocol he was following). He had put on weight, was eating and breathing normally – all good!

Since then we have unfortunately proved once again that the effects of stress can be directly translated into disease. Rob’s PSA spiked from 7.6 in July to 26 in September. During this time the stress of dealing with yet another complaint from the neighbour and the subsequent process and expense of complying with council to keep my business operating took its toll. After several months of this, we received a legally binding version of consent and, better still, the hideous neighbors have moved away. So we put all that behind us and took 6 weeks away on Blue Moon over Christmas to recover. We had a lovely relaxing holiday in the Whangaroa Harbor, exploring waterfalls, hiking, gathering shellfish, and generally chilling out. Just what we both needed! 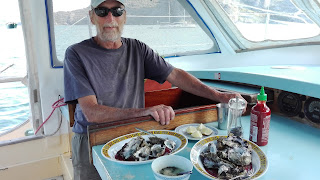 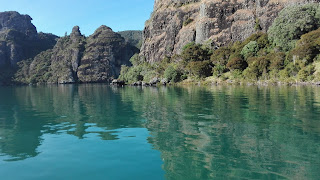 With the spike in Rob’s PSA to 26 in September, he reluctantly decided to take the mainstream option and began a course of Abiraterone (the latest cancer drug) and Prednisone. This halted the runaway PSA but, as the oncologist said during our last visit, was like applying a hand brake to a car parked on a hill. Eventually it will cease to become effective. The PSA reduced only marginally before it started climbing again. Rob sees no point in taking a drug that is not effective.


He had also been having intravenous vitamin C. He experimented from high dose twice weekly, to minimal amounts. The downside of the treatment was losing 2 days each time (one sitting in the clinic and the day after feeling washed out).

Aside from the PSA, the rest of his blood work continues to improve, showing healthy organs and bones. He feels well, has plenty of energy and is quite capable of the demanding hikes around our area. (Peach cove track has 834 steps, Mt Manaia 1094 and he regularly climbs Mt Aubrey at 422 about 3 times a week).

The most disconcerting symptom is the crop of subcutaneous lesions which have appeared on his chest. Just before Christmas, he investigated radiation but found he was not a candidate as they are too extensive. He has been treating them topically with frankincense oil.

What to do now

During our holiday, Rob took a break from the intravenous vitamin C (which would have meant twice weekly travel back to Whangarei). He tried a couple of doses when we got back but the benefits were inconclusive and the fatigue afterwards was more than previously. It seems whatever treatment Rob tries, it seems to work for a while but the cancer finds its way around it eventually.

In the past few months Rob has been turning more towards meditation and healing himself. We have read some excellent books on how the brain can heal the body, and the science around neuroplasticity. He has been following a site called the cancer tutor, which he highly recommends.

Rob has also decided to try changing his diet again – mainly vegan, following the Budwig protocol.
Unfortunately he is losing weight as it is difficult to get sufficient calories for him on this diet. We are still fine tuning his diet to prevent the weight loss. It will be interesting to see the results of the blood tests at the end of March after he has been drug-free for a month.

Thank you all for sending your positive thoughts and prayers. The support of friends and family, and my clients during the council turmoil, means everything to us. 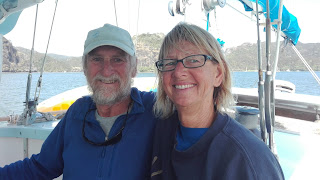